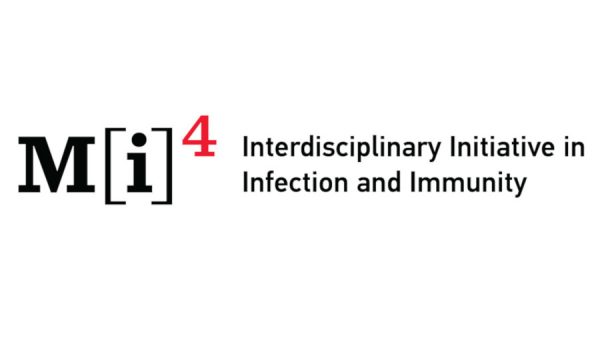 The MI4 ECRF opportunity provides one-time funding for 6-month projects that can provide immediate answers, in preparation for sustained transmission or resurgence of the pandemic after initial control.

The second round of the ECRF was launched on March 31st and deadline for application is Wednesday, April 8th at 12:00 PM.

“Putting all this together in such short time was a Herculean effort,” says Sheppard, who also chairs the Department of Microbiology & Immunology and is a senior scientist at the Research Institute of the MUHC. “We had 40 groups of researchers go from zero to 60 to create these proposals and submit them to us in under a week. That’s a tremendous achievement.”

The proposals were reviewed by a team of experts that included Sylvain Baillet, the Faculty of Medicine’s associate dean, research; Tim Evans, the director and associate dean of the School of Population and Global Health in the Faculty of Medicine; Philippe Gros, McGill’s deputy vice-principal, research and innovation; and Bruce Mazer, the executive director and chief scientific officer of the Research Institute of the MUHC, among others.

As countries around the world continue to struggle with the havoc caused by the COVID-19 pandemic, Sheppard says MI4 is prepared to move swiftly. In fact, MI4 researchers are already busy on a number of fronts – assessing promising treatment options, working on potential vaccines, and examining why the disease has been able to spread so quickly. The MI4 Emergency COVID-19 Research Funding program will provide funding for these and more initiatives.

“When we launched MI4 just over two years ago, this type of scenario was exactly what we had in mind,” says Sheppard. “We wanted to unite all of the research efforts that were being done on infectious diseases and immune responses across the University – on both campuses, in all of McGill’s research centres, and in all of [McGill’s teaching hospitals and their affiliate research institutes]. We wanted to be in a position to bring all of that interdisciplinary expertise to bear if we found ourselves facing this sort of pressing challenge to human health.”

Sheppard points to the emergency research fund projects as a concrete example of how swiftly MI4 can pivot when urgent situations need to be addressed.

“We have more than 250 researchers in the MI4 ecosystem and we are ready to move on this. The outbreak is here in Montreal and we have patients who are sick now, so now is the time to do the studies – not two months from now, not three months from now, and not six months from now.

“We saw the writing on the wall very early on,” says Sheppard. In January, when reports began emerging of a mysterious new virus that was sweeping through Wuhan, Sheppard says he and many of his MI4 colleagues predicted what might happen next.

“It was hard to believe that, with the number of international flights that go in and out of Chinese cities, this disease was not going to escape the borders of that country. We put out a call at the end of January to all our investigators to start thinking about this and offered a $100,000 prize to the first project [that would focus on] what we could do if the pandemic came to Canada,” says Sheppard. The $100,000 prize went to medicine professor Chen Liang for a project that will probe how COVID-19 manages to elude our immune system’s natural defenses – Liang’s project has subsequently received further funding from the Canadian Institutes for Health Research.

“When it became apparent that [COVID-19] was coming to Canada, we began to raise money to support [more research efforts] with the help of the MUHC Foundation,” says Sheppard.

The MI4 Emergency COVID-19 Research Funding program has received support from the Hewitt Foundation, the late Elspeth McConnell, and the Trottier Family Foundation, through gifts made to the MUHC Foundation. About $1.5 million will be distributed to the first 16 projects supported by the emergency fund. In all, $4 million has been raised to bolster research efforts as well as provide support to patients and resources to hospitals.

Sheppard says it’s crucial to combat COVID-19 on a variety of fronts – not just to mitigate the damage that is being done by this particular outbreak, but to learn how to effectively limit the effects of possible future pandemics.

“What is happening around the world is horrific, but this might be the best dress rehearsal we are ever going to have,” says Sheppard. “The overall ability of this virus to spread is superb, but it’s still not a very deadly virus. Certain groups like older adults and those with pre-existing medical conditions are clearly at risk, but this isn’t a virus like MERS-CoV that kills a very high percentage of people across the board. That’s the true pandemic nightmare – a virus that can spread like [COVID-19], but that has a 30 per cent mortality rate.”

The good news, says Sheppard, is that the medical scientific community is focusing its efforts on the coronavirus in an almost unprecedented way. “People have shut down everything to concentrate on coronavirus research. Ideas are coming in fast and furious. We need to be agile and we need to be able to move quickly at a time like this.”

This article was originally published on Med e-News.