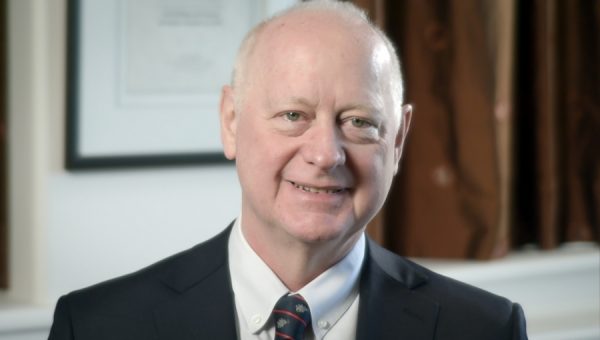 The Neuro’s director has been a driving force in neurological disease research and Open Science leadership.

This article was originally published on the Neuro website and on Med e-News.

Since 1957, The Gairdner Foundation has been recognizing the achievements of the world’s top researchers for their contributions to health science. This year, Dr. Guy Rouleau joins an elite group of scientists by receiving the Canada Gairdner Wightman Award.

The Foundation bestows the Canada Gairdner Wightman Award upon researchers who have had a sustained career of research excellence in the health sciences at an international level and have shown leadership and achievement above those of their peers, with local, national and international impact. Only one Canada Gairdner Wightman Award is given each year.

Dr. Rouleau, director of The Neuro (Montreal Neurological Institute-Hospital) of McGill University and the McGill University Health Centre, has made critical discoveries in the field of genetics and neurological disease. He has helped identify more than 30 genetic risk factors, novel mutation types and their effect on human health.

His work on mapping, isolating and characterizing the genes responsible for French-Canadian founder diseases have led to a dramatic reduction in the number of cases with some of these diseases due to carrier testing in the populations at highest risk.

Dr. Rouleau has also been a leader in the identification of genes linked to amyotrophic lateral sclerosis, epilepsy, schizophrenia and autism. In 2012, Dr. Rouleau published a paper identifying for the first time ever a gene that causes essential tremor, the most common movement disorder.

Since joining The Neuro in 2013, Dr. Rouleau has spearheaded its Open Science initiative, which is breaking down barriers to medical discovery by encouraging the sharing of data and reagents across institutions. In order to understand the brain and discover new treatments and cures for patients, Dr. Rouleau believes scientists must take advantage of all the information and reagents being generated by the many different groups around the world.

“It means so much to me to be recognized now by my peers for my discoveries and my position on Open Science,” says Dr. Rouleau. “The Canada Gairdner Wightman Award is an extraordinary honour that gives a special meaning to my entire career.”

“The Wightman Gairdner Award is one of the most prestigious prizes available to health researchers,” says Principal and Vice-Chancellor of McGill University Suzanne Fortier. “Dr. Rouleau’s selection is a wonderful recognition of his outstanding contributions to scientific research in the fields of genetics and neurology over his remarkable career. It also reflects the impact McGill University’s scientists have on the lives of patients, and the importance of Open Science for the future of research. I join with the McGill community in sincerely congratulating Dr. Rouleau.”

“Dr. Rouleau is one of the world’s leading experts in elucidating and understanding the genetic architecture of diseases affecting the central and peripheral nervous system,” notes the Vice-Principal (Health Affairs) and Dean of McGill’s Faculty of Medicine, Dr. David Eidelman. “He has had an extraordinary career as a clinician-scientist and I am proud to have him as a member of our faculty.”

“Dr. Rouleau’s work in Open Science contributes deeply to the transformation of the ecosystem of science by stimulating new thinking and fostering communities of sharing,” said Dr. Janet Rossant, the president and scientific director of the Gairdner Foundation. “Inspired by The Neuro’s vision, the global science community is reflecting on current research conventions and collaborative projects, and the momentum of Open Science is gaining a foothold in organizations and institutions in all corners of the world.”

Over the course of Dr. Rouleau’s career he has received many prestigious prizes, including the Michael Smith Award from the Canadian Institutes of Health Research, the Margolese National Brain Disorders Prize from the University of British Columbia, the Prix du Québec – Wilder Penfield from the Government of Québec, and the Prix d’excellence of the Collège des médecins du Québec.

About the Canada Gairdner Awards

The Gairdner Foundation was established in 1957 with the main goal of recognizing and rewarding international excellence in fundamental research that impacts human health. Annually, seven awards are given: five Canada Gairdner International Awards for biomedical research, one John Dirks Canada Gairdner Global Health Award, specifically for impact on global health issues, and one Canada Gairdner Wightman Award, reserved for a Canadian.

Three hundred and eighty awards have been bestowed on laureates from 35 countries and of those awardees, 89 have gone on to receive Nobel Prizes.