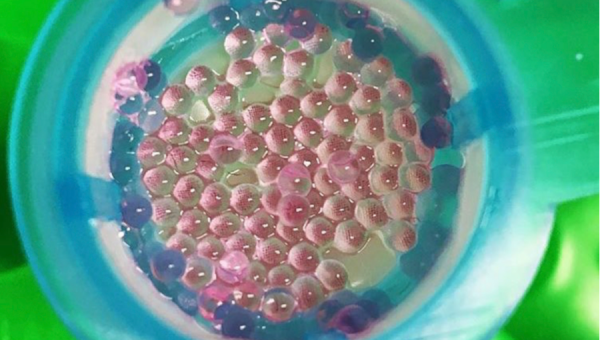 MRM Insights: When will we find a cure for diabetes – or how I learned to stop worrying and love the Scientific Method Every month, in MRM Insights, a member of the MRM Network is writing about stem cells and regenerative medicine from a different perspective. This month, Dr. Corinne Hoesli, Associate Professor in the Department of Chemical Engineering, Canada Research Chair in Cellular Therapy Bioprocess Engineering and member of the MRM Executive Committee member, talks about potential cures for diabetes and her vision of the scientific method.

MRM Insights: When will we find a cure for diabetes – or how I learned to stop worrying and love the Scientific Method

Insulin and islet transplantation: Canada as an international leader

Next year, we will celebrate a century since the discovery of insulin in Canada by Banting, Best, Collip et MacLeod [1, 2]. Insulin is also the first human protein manufactured using recombinant DNA technology to reach the market [3, 4] – which would not have been possible without the discovery of the structure of DNA in 1953 [5]. The discovery of the structure of DNA and of insulin as blood glucose regulating hormone both punctuated the history of health sciences and biotechnology. Both led to a paradigm shift in our understanding of human biology. These discoveries would not have happened without technological advances allowing the manipulation, purification and study of biomolecules.

Insulin is a medication which revolutionized the treatment of type 1 diabetes – an autoimmune disease which leads to the autoimmune rejection of the insulin-producing beta cells. Beta cells are found in aggregates called “islets of Langerhans” in the pancreas. Islets control blood glucose levels by secreting endocrine hormones like insulin which signals to the liver, muscle and other organs that blood sugar should be stored (for example after a meal) instead of produced. Consequently, people with type 1 diabetes depend on regular insulin administration through injections or infusion to control their blood glucose level. Even with new glucose sensor and insulin pump technologies, managing blood glucose levels remains a daily burden.

Instead of exogenous insulin, type 1 diabetes can be treated using islet transplantation (Figure 1). The “Edmonton protocol” [6] consists of a combination of transplantation methods and immunosuppressive drugs which greatly improved the outcome of this intervention. Canada is a world leader in this area, with over 600 islet transplants completed over the last 20 years. Today, most people with type 1 diabetes who receive islet grafts remain insulin-free for at least 1 to 3 years [7]. Islet transplantation was also shown to reduce the risks of hypoglycemia (episodes of low blood glucose levels which can lead to loss of consciousness, hospitalization and even death) [8-10].

How can most people with type 1 diabetes gain access to promising cell therapies?

The overcome limitations in islet cell sourcing from organ donors, several academic and industrial research groups have successfully produced beta-like cells in vitro from pluripotent stem cells [11-13]. The resulting islet-like cell clusters can be manufactured in theoretically unlimited numbers since pluripotent stem cells can divide indefinitely and differentiate into any cell of the adult body – including beta cells.

So – have we found a cure for type 1 diabetes? Unfortunately, not yet. First, islet-like clusters are prone to auto-immune rejection like endogenous islets. Even if this hurdle is overcome with genetic manipulations allowing the cells to evade allogeneic [14] and autoimmune rejection, safety concerns remain. Stem cells are an attractive cell source because of their proliferative potential, but this is also their Achilles heel. Even if suicide switches were introduced [15], I am not certain that the risk-benefit analysis [16] will be in favour of stem cell-derived grafts compared to insulin pumps… 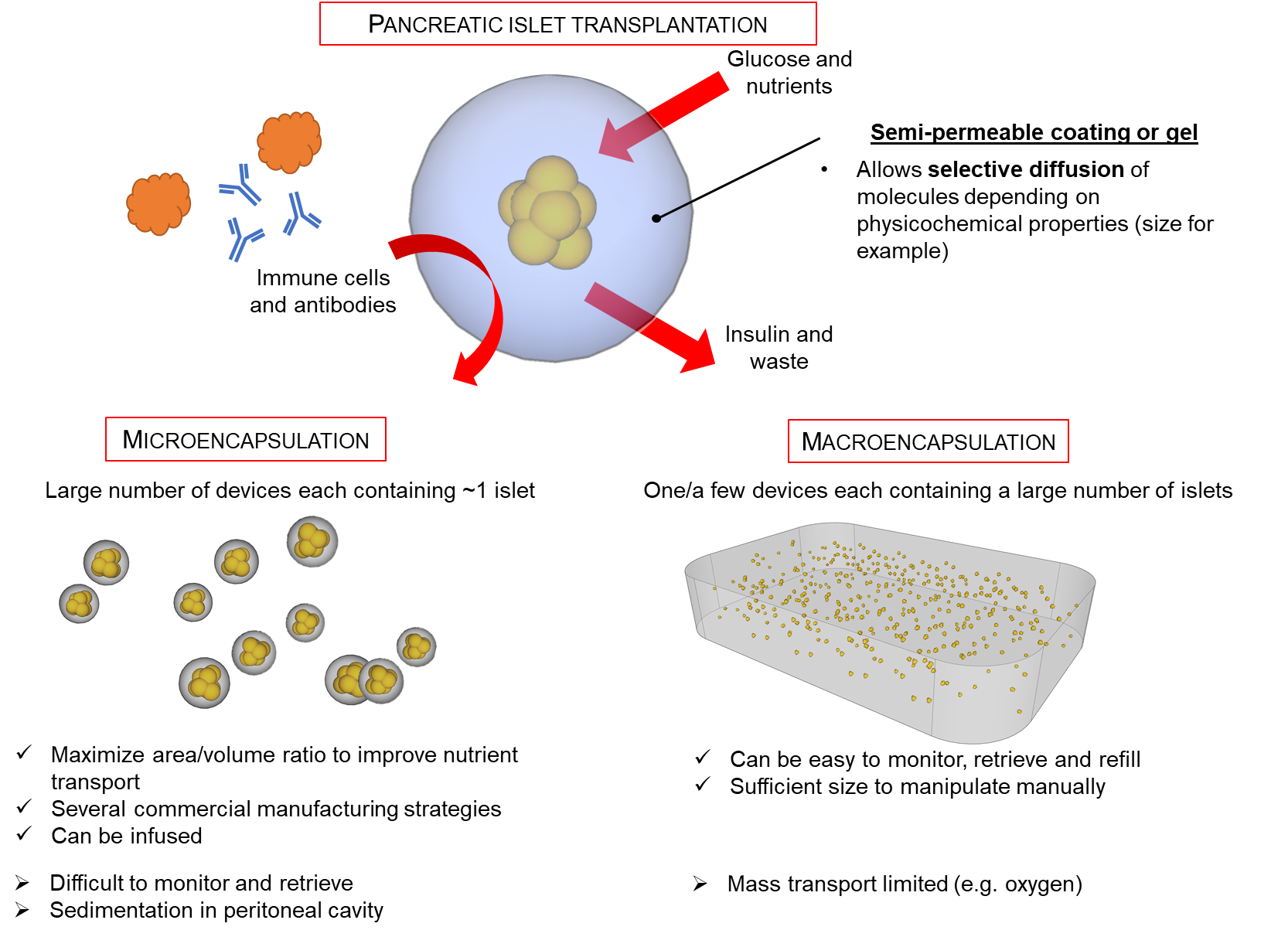 Figure 2. Islet encapsulation to create a barrier between grafted cells and the recipient. ©Moeun & Hoesli 2020. Please contact corinne.hoesli@mcgill.ca if you wish to reuse this figure.

Is there a link between microbead size and fibrosis?

In the encapsulation field, fibrosis – the cellular layer which surrounds foreign bodies – can lead to graft failure through “suffocation” since the cells in the fibrotic layer consume oxygen which then does not reach the encapsulated cells. The laboratory of Daniel Anderson developed alginate hydrogel formulations for microencapsulation which greatly reduce fibrosis [20, 21]. The Anderson group has also noted that microbeads of larger diameters cause less fibrosis [22]. This observation is rather surprising since several investigators working in the field for decades have never reported this phenomenon. Several alternative explanations have been voiced during my discussion with colleagues. Did the increased bead diameter lead to lower total microbead surface area at the interface with recipient tissues? Did the nozzle and hence the encapsulation process applied for the small versus the larger beads impart topographies or other undetected differences in physicochemical properties which were confounded with the “diameter” variable? This remains a mystery… Conference coffee break discussions with fellow researchers did not lead to a clear consensus. Yet, the aforementioned article on the effect of microbead diameter on fibrosis has been cited over 350 times to date – including in one of my lab’s review papers [17].

Assuming that you are still reading, what do you think of the “controversy” surrounding the effect of microencapsulation device radius of curvature on fibrosis? How is it possible that all these renowned researchers disagree about observations reported in a famous journal after rigorous peer review? How can we solve this “mini-controversy” in this relatively specialized and narrow field of research? Can we not simply apply the scientific method which we have learned in our science courses?
During my CEGEP training, my Natural sciences professors taught me the fundamental steps of the scientific method:
1. Emit a hypothesis based on previous publications or observations. Typical studies conducted in our CEGEP classes aimed to confirm an existing well-established scientific theory (to avoid marking headaches, a concern which is not unique to CEGEP profs!). However, we were aware that more famous researchers would investigate hypotheses aimed at heretofore unanswered questions.
2. Elect an experimental method which would allow to reject false hypotheses or to support true hypotheses.
3. Perform experiments and note result. Analyse the results.
4. Reach conclusions by comparing the analyzed results to expected predictions if the initial hypothesis matched reality. No matter whether the hypothesis is rejected or supported by the analysis, each conclusion obtained by following the scientific method would advance knowledge.

At the time, all of this seemed rather clear. Hypotheses were more or less predetermined by the experimental protocol supplied by the teacher and the topics we had studied in class. If our observations contradicted the hypothesis, it was generally because we didn’t follow the protocol carefully enough or made an error in our measurements which we then discussed.

My struggles with the Kunitz method to measure ribonuclease activity

Things became even more complicated during my undergraduate studies. I performed my biochemistry Honour’s project at Health Canada, where I was tasked with characterizing the enzymatic activity of RNase A dimers generated through dehydration [23]. This task was expected to last less than 2 weeks, but the published method was not adequate for our dimers. I thus spent about 4 months in front of a plate reader to optimize this enzymatic assay. After several months of hard work, I had identified the linearity limits allowing to achieve sufficient repeatability and accuracy of the Kunitz assay [24] in the specific case of RNase A dimer measurements using the available equipment (for those interested, these limits were 25 µg/mL ≤ [untreated RNase A] ≤ 100 µg/mL and 10 µg/mL ≤ [poly(A)*poly(U)] ≤ 150 µg/mL). I presented these results on a poster titled “Propriétés catalytiques et structurales d’un dimère de RNase A à pontage covalent” (Catalytic and structural properties of a covalent RNase A dimer; Figure 3). Of course, my poster was rather unimpressive compared to the ground-breaking work of other students on the treatment of neurodegenerative disease… 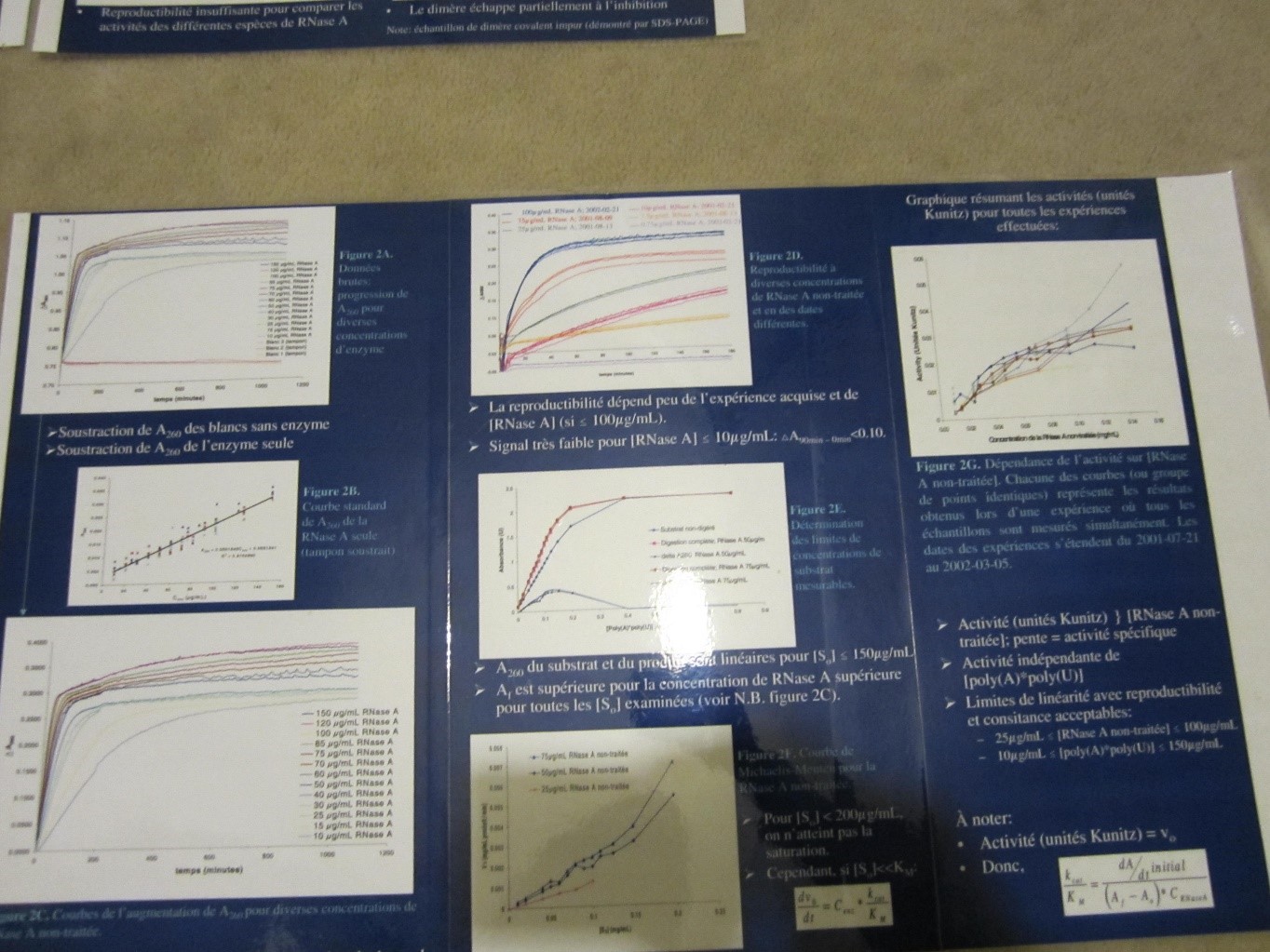 In short, instead of pushing the boundaries of science, I was stuck on Step 2 of the Scientific Method – establishing proper experimental methods. I was clearly not up to par!

The most memorable course of my undergraduate degree

One of my favourite undergraduate courses at the University of Ottawa during my Biochemistry and Chemical Engineering degree was the course titled Philosophie des sciences (Philosophy of Science). In this class, the famous Scientific Method which was set in stone during CEGEP was re-examined.
1. Hypothesis: are previous scientific studies perfect? Can we trust them? Have previous results been properly interpreted? Did other scientists see a rabbit when the data were actually a duck (Figure 4)?
1. Methods: are the selected methods sufficient to thoroughly test the hypothesis?
2. Results and analysis: are the results reliable enough to conduct a convincing analysis? Does the analysis rely on collateral hypotheses?
3. Conclusions: does the analysis conclusively allow to confirm or falsify the initial hypothesis? What happens if the hypothesis is confirmed by 100 experiments but falsified by 1 experiment? Are outliers really outliers?
Moreover, how do scientific theories evolve exactly? Do all scientists work together collegially to compare their results to establish new theories through induction (observations → theory)? How many experiments or publications are required before a theory is rejected? What happens when theoretical predictions made through deduction (theory → predicted outcomes) and measurable observations do not concur? As I am not a philosopher, I am not in a position to properly introduce the writings of Bacon [26], Descartes [27, 28], Hume [29], Russell [30-32] Popper [33], Kuhn [34-36] and others on the mechanisms leading to scientific progress. I can however strongly recommend taking a class or reading textbooks on this topic if you plan to pursue a career in research. The Scientific Method [37] relies on induction to elaborate theories, deductions to predict the behaviours of systems and on the falsification of theories to create paradigm shifts essential for scientific progress. However, a certain level of agreement between scientists is required before scientific revolutions occur, whereby what seemed to be a rabbit now appears to be a duck (or vice versa). Of course, scientific vision does not only shift but it also expands.
Scientific research is at the border between the realm of scientific consensus and the unknown (Figure 5). This limit is also not clearly defined. Studies conducted closer to the unknown raise more debates in the scientific community with respect to published results and promising future research avenues. It is not surprising that researchers agree that COVID-19 is caused by a virus, but not about the possible chronic health effects of the virus or on the type of vaccine with highest safety and efficacy potential. It is also not surprising that researchers disagree on more pointed subjects such as the effect of the radius of curvature of islet microencapsulation devices on fibrosis and therapeutic potential to treat diabetes.

When will we find a cure to diabetes?

Let’s go back to the “mini-controversy” I described earlier. I chose this example because I was recently talking with colleagues in Vancouver about a series of experiments that would directly address the issue. These experiments could take 1 or even 2 years if a Master’s student works on these full-time, aside form course requirements. Would this be enough to provide a definitive answer to the question about the effect of the radius of curvature of microbeads on fibrosis? Probably not before other groups also examine the question. This debate seems rather insignificant compared to the greater objective of developing a long-term treatment for type 1 diabetes.
When will we find a cure for diabetes? No credible researcher will give a precise answer to this question. However, islet manufacturing and transplantation device engineering technologies are rapidly improving. At the current rate of progress in the field, I anticipate that clinical trials starting 2 to 10 years from now have a strong potential to demonstrate both safety and efficacy. Even if this is not the case, each debate we resolve expands the scientific consensus and creates grounds for new, more audacious hypotheses.