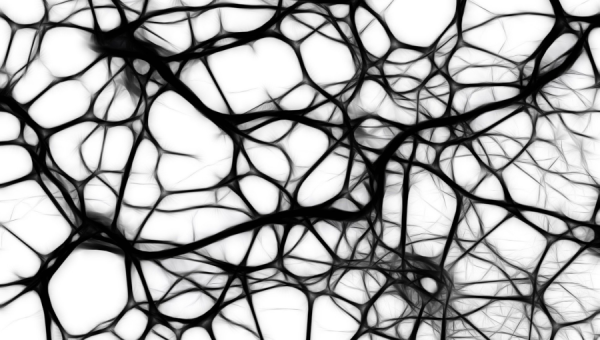 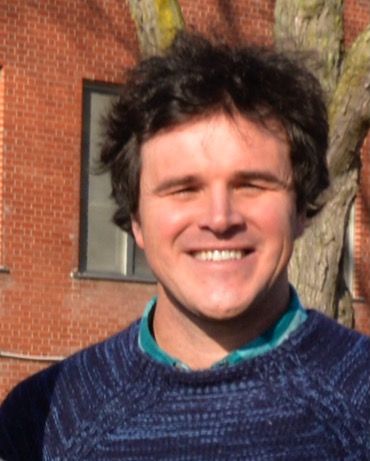 Every month, in MRM Insights, a member of the MRM Network is writing about stem cells and regenerative medicine from a different perspective. This month, Dr. Carl Ernst, Assistant Professor in the Department of Psychiatry at the Douglas Research Center and member of the MRM Executive Committee, discusses how stem cells pave the way for new treatments for rare neurodevelopmental diseases.

When Shaina* was born in late Summer, her parents, Tom and Jill, could not have been more excited. They had secure, well-paying jobs, owned their own home, and were eager to start a family. Shaina was to be the first of several, they hoped, and tonight was her night. She had her own nursery and her parents had barely contained their excitement during Jill’s pregnancy as they discussed the merits of Buxton blue paint, or maybe Oxford gray, no, golden straw! In that first night of Shaina’s arrival neither Tom nor Jill had any reason to suspect that Shaina had a devastating and extremely rare disease called Schinzel-Giedion Syndrome. In the coming months, Tom, Jill, and related family listened and watched as many, many specialists and nurses documented the extent of her illness. She was unlikely to walk, and, even more horrifying, the seizures which occurred frequently and caused terrible convulsions of her tiny body were likely untreatable. Almost no organ in her body could function properly and her brain would degenerate as Shaina aged. She would likely die before she turned one.

Situations like this affect millions of families every year. Rare diseases, those disorders that affect a very small proportion of people but which together make up about 5-10% of medical problems, are a severely under-served health care need. Most rare diseases have no treatment or cure, like Schinzel-Giedion Syndrome, and parents are left to form support groups with other parents of affected children from around the globe and to cope with a health care system that more often than not does not know what ails their child. The affected children will then undergo many tests and treatments that will not work. Only the genetic revolution that began after the sequencing of the human genome in the year 2000 allows us to know, in some cases, the causes of these rare disease. In many cases, the cause is a mutation of a part of the DNA in a child of healthy parents. What this means is that the families can sometimes get a genetic diagnosis with a syndrome name, but treatments or help for the diseases themselves have not kept up with the proliferation of new diseases discovered. There is a profound need to begin addressing this shortcoming.

Following the advice of the specialists, Tom, Jill, and Shaina donated blood for the creation of stem cells. What would follow is a process in which cells in blood would be re-programmed, a term meant to denote a conversion of one cell type to another cell type. In this case, their blood cells would become stem cells, recreating those same cells which had been present just a few days after conception. These are the cells that make an embryo, almost like taking their cells back in time. With stem cells from Shaina, the Ernst lab makes different types of cells and tissues. By turning stem cells into brain cells for example, they can investigate why the mutation in Shaina’s DNA that causes Schinzel-Giedion syndrome leads to neurodegeneration. Scientists could in effect assess specific cell types from a person without having to biopsy or sample tissues from their own body. 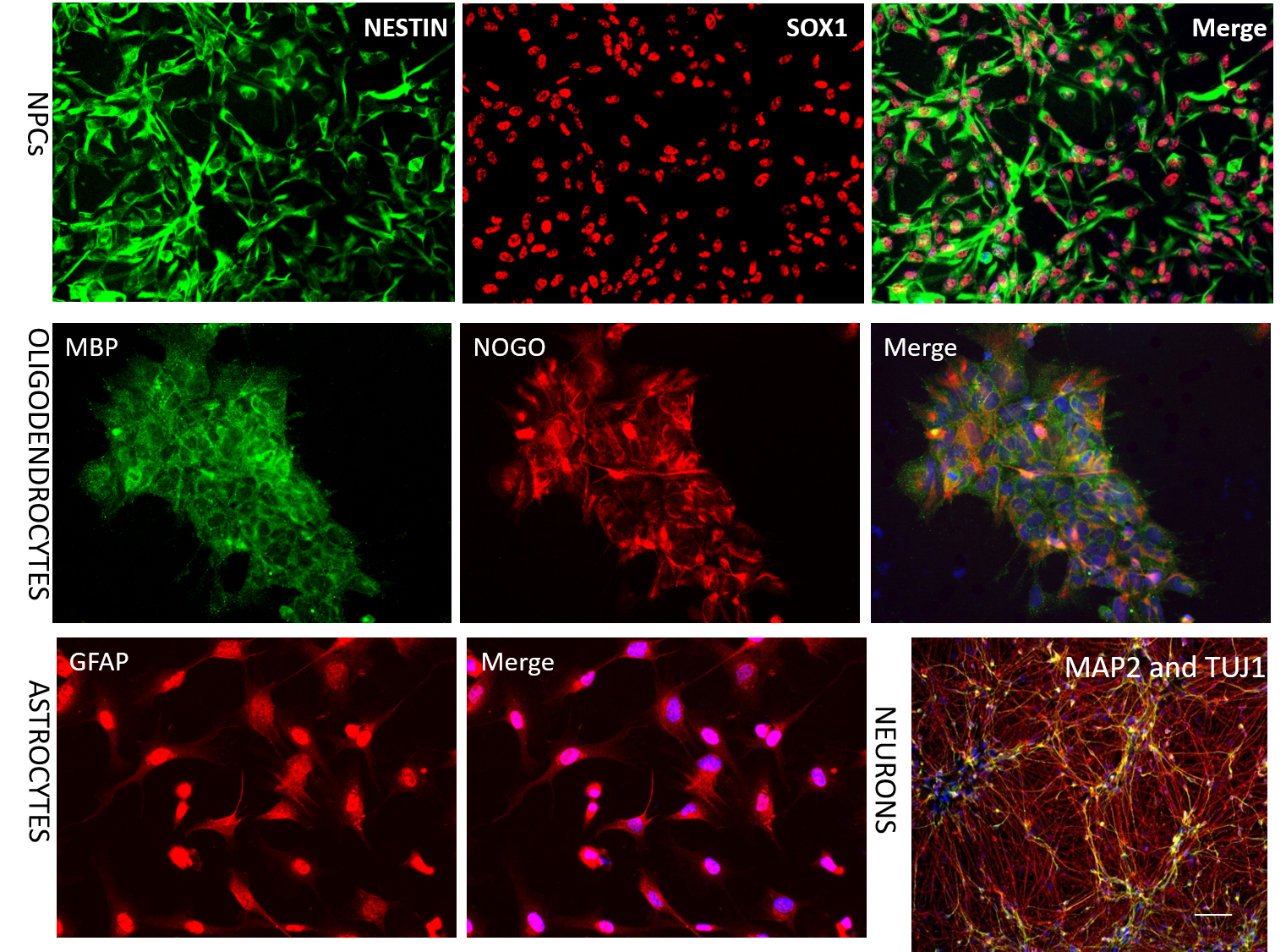 Making different types of brain cells from stem cells in the Ernst lab. Shown are markers of specific brain cell types specific to each class of cells. Making different cell types allows us to investigate disease pathology that may be specific to specific cell types. NPCs are progenitor cells which will go on to form neurons. Oligodendrocytes are the cells that make myelin to ensheath neurons to insulate electrical impulsuses allowing for rapid transmission of signals. Astrocytes provide metabolic and structural support for neurons.

Cells derived from patients and their families allow for the direct assessment of therapeutics that can alleviate suffering. In the case of baby Shaina, a drug exists that is already used to treat multiple sclerosis in children (meaning it has passed all safety tests in this age group). Remarkably, the action of this drug theoretically reverses the underlying mechanism of Schinzel-Giedion Syndrome. This is an excellent example of precision medicine to treat a rare neurodevelopmental disease. The critical step is to be able to identify the mutation, make the stem cells, and confirm that the drug does what it is already known to do in cells made from Shaina. After this, the drug can be investigated in genetically engineered mice or primate models of Schinzel-Giedion Syndrome, and assessed again. If human stem cell and animal models show promise, the drug can be assessed for safety in a small group of children with Schinzel-Giedion Syndrome.

Tom and Jill know that the outlook for their daughter is dire, but they do have hope. This drug, if it works and is safe in children with Schinzel-Giedion, will not cure their daughter, but it might decrease the number of times in a day they have to watch her small body convulse in an uncontrollable seizure. Because the drug will go everywhere in the body and not just the brain, there is also a good chance that cell types not studied, for example liver cells or lung cells, will also show improvements. For Tom and Jill, feeling part of something that may help not only Shaina but also other children born with Schinzel-Giedion makes every step forward worth it.

*Names have been changed. 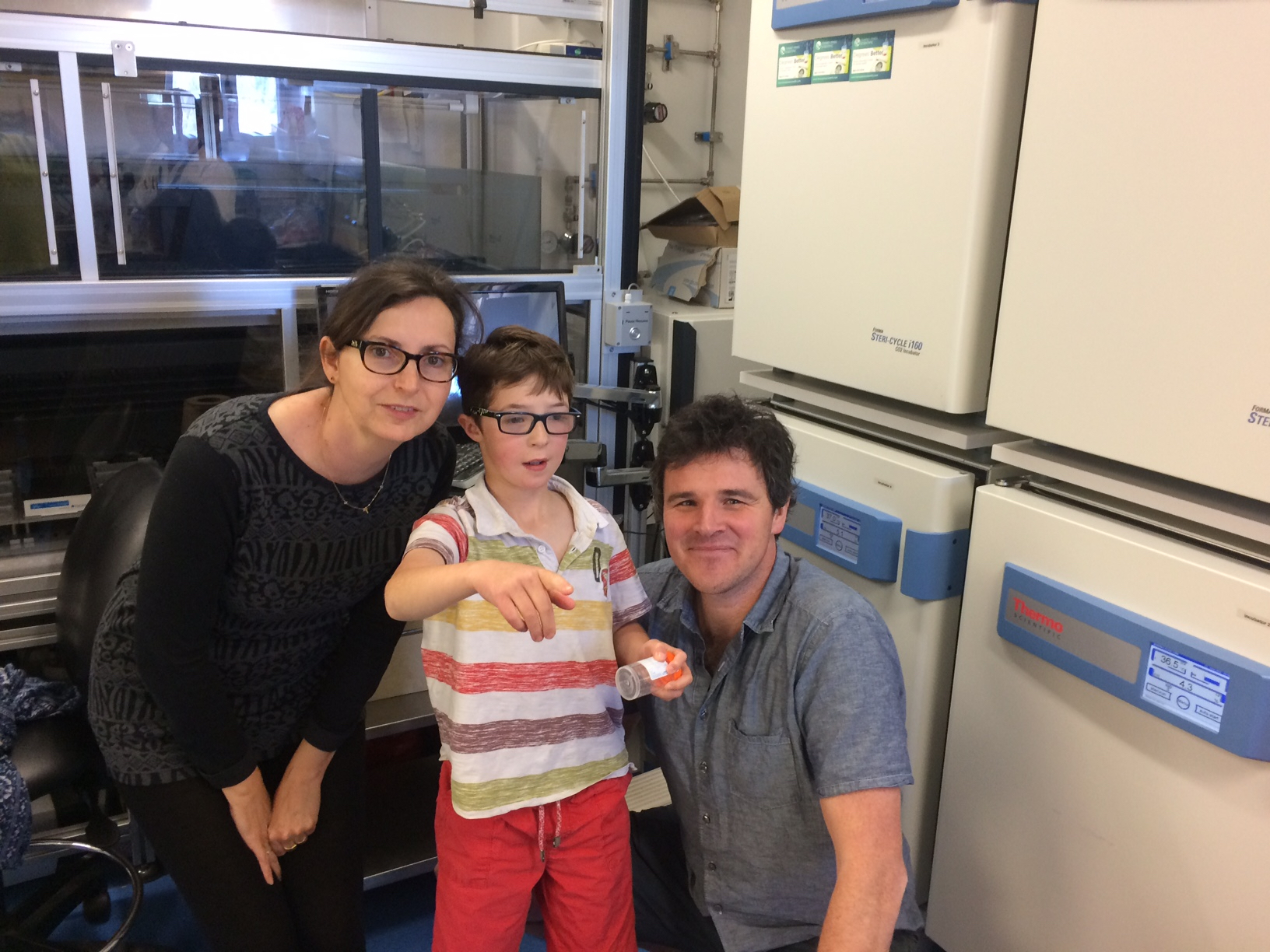 Dr. Ernst in his lab with the most important collaborators for stem cell modeling projects.