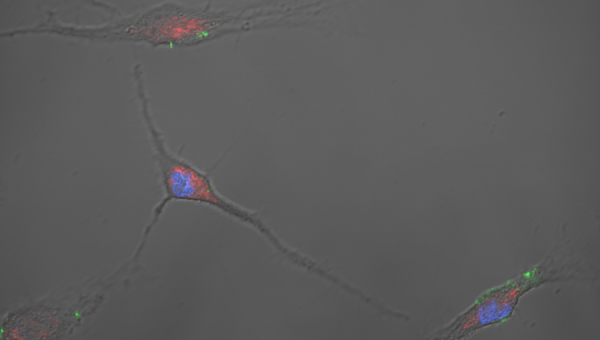 Every month, in MRM Insights, a member of the MRM Network is writing about stem cells and regenerative medicine from a different perspective. This month, Dr. Rahul Gawri, Assistant Professor in the Department of Surgery at McGill University, discusses inorganic polyphosphates and their potential in tissue engineering applications.

Inorganic Polyphosphates for Tissue Engineering Applications of the Musculoskeletal System: From Fossil Remanent to a Functional Biomolecule

The musculoskeletal system comprises bone, muscles, cartilage, intervertebral discs, ligaments, and tendons and is dynamic in function, physiology, and pathophysiology. It is prone to various insults and injuries; trauma, age-related degeneration, metabolic injuries, autoimmune disorders, inborn errors of metabolism, and genetic disorders. A wide range of tissue engineering strategies is currently in use and development for the regeneration and repair of musculoskeletal tissues, including implants, growth factors, cell-based therapies, biomaterials, and innate bioactive compounds. All these applications have limited success and have related side effects. Innate bioactive compounds, an exciting class of bioactive molecules, are native to the body and presumed to generate minimal side effects and have shown tremendous potential in tissue engineering and regenerative medicine (TERM) applications. One such innate bioactive compound is inorganic polyphosphates (polyP).

The advent of life on earth was under extreme conditions of very low pH, high temperatures, nil oxygen, and a relative lack of simple sugars [1-4]. The planet’s oceans were a giant “soup bowl,” hot and simmering, with many organic and inorganic compounds being made [1, 5]. Many of these new molecules acted as the precursors of the building blocks of life, such as amino acids, complex sugars, ribonucleotides, and ribonucleosides. One such molecule that originated was inorganic polyphosphate. Inorganic polyphosphates (polyPs) were amongst the first molecules to be fabricated on earth and laid down the foundation of life as we see it [6, 7]. It served as a phosphate group donor for energy metabolism and is thought to be the precursor of the sugar-phosphate backbone of the single-stranded and circular DNA, and later forming the complex DNA double helix, by providing phosphate groups and protecting the ribonucleoside and ribonucleotide structures [8-11]. Until recently, polyPs were considered “fossil molecules,” which are a remnant of the process of evolution [12], but they are present in all life forms on this planet, including mammalian cells, and their role in regulating critical life functions, including in mammalian cells is slowly unraveling.

Inorganic polyphosphates (polyP) are linear polymers of repeated phosphate (PO4) units linked by high-energy phosphoanhydride bonds and ranging in size from a few to a few thousand repeat units (2-10000s) [Figure 1] [13]. PolyP appears to have been an easy and rich energy source from prebiotic times to today. Unfortunately, no abiotic polyP minerals can be found on earth today [13, 14]. Commercially, polyP is produced by heating inorganic phosphate under anhydrous conditions [15]. PolyP was first discovered as metachromatic granules in the cytoplasm of the bacterium Spirillum volutans, and so it was referred to as “volutin.” These particles were stained pink by basic toluidine blue and were later found in other microorganisms [16]. PolyP granules are also present in eukaryotic cells but are referred to as “acidocalcisomes.” [17]. The main enzymes involved in the metabolism of polyP are polyphosphate kinase (PPK, synthesis) [18] and exopolyphosphatase (PPX, degradation) [19]. PPKs are found in bacteria, fungi, yeast, and algae, yet they remain elusive in mammalian and seed plant cells [20, 21]. polyP synthesis in mammalian and plant cells is thought to be linked to mitochondrial respiration and involves the respiratory chain and the interactions of F0-F1-ATPase and mitochondrial permeability transition pore (mPTP) [22, 23]. PPX enzyme has also not been identified in mammalian cells, but alkaline phosphatase is shown to cleave orthophosphate units from the polyphosphate chain, thus acting as the catabolic enzyme [24, 25]. Only three polyP metabolizing enzymes have been identified in humans. These are alkaline phosphatase (ALP) [25], h-prune protein (an ortholog of yeast exopolyphosphatase PPX1), which cleaves phosphate group from the end of a polyP chain [26], and diphosphoinositol polyphosphate phosphohydrolase (DIPP), an endopolyphosphatase that cleaves long polyP chains into shorter ones [27]. 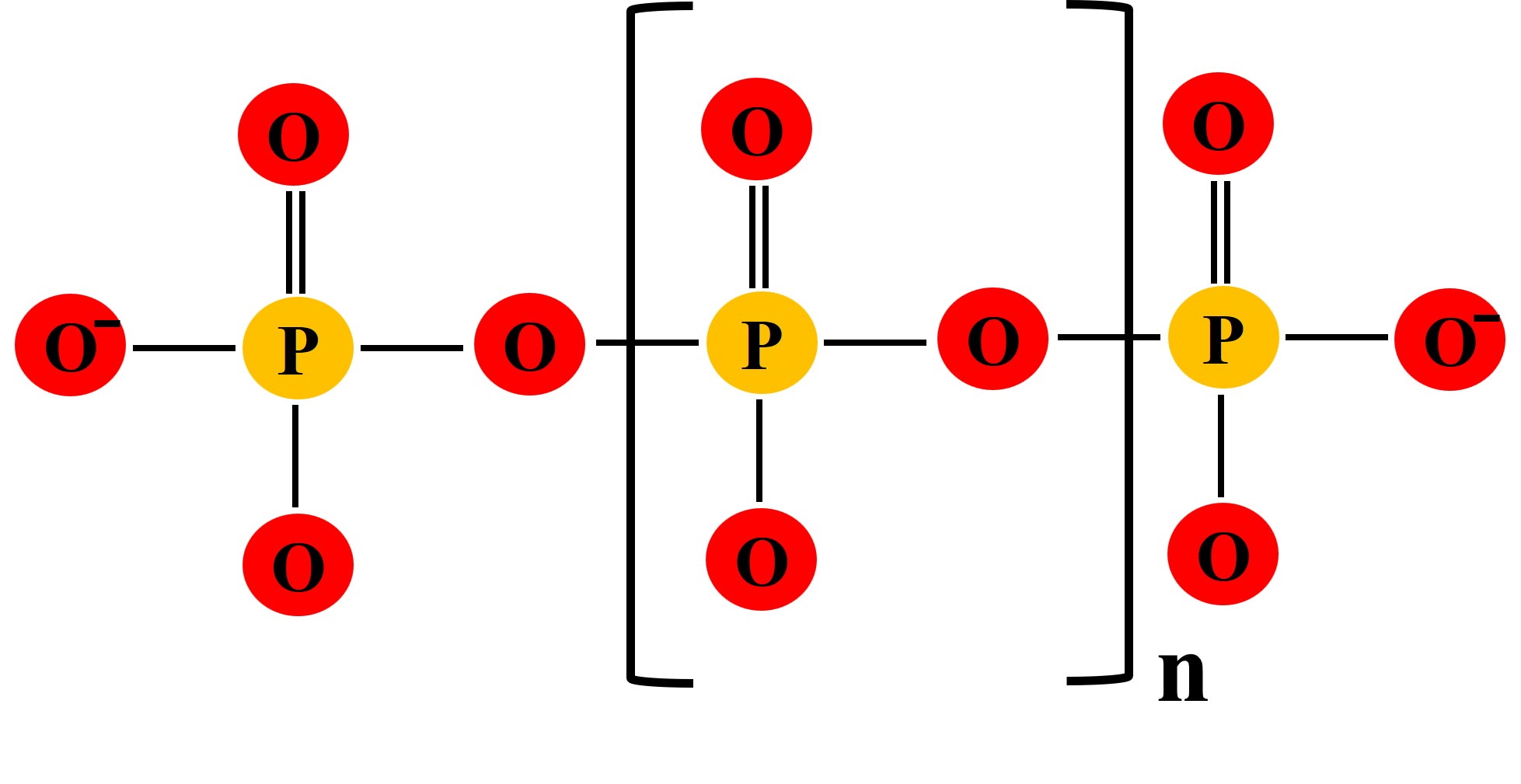 In the mammalian system, polyP regulates many critical physiological processes in a dose and chain length-dependent manner. For example, polyP regulates neuronal transmission, blood clotting, and mineralization [28-33]. polyPs have also been shown to modulate immune function by closely controlling the function of macrophages, monocytes, and mast cells [34-38]. PolyP also acts as an energy source for highly active cancer cells, and depletion of polyP leads to a decrease in cell migration and metastasis [39] and enhances radio-sensitivity in a human non–small cell lung cancer cell [40]. On the other hand, polyP has been shown to regulate the mTOR pathway and proliferation of mammary cancer cells [41]. 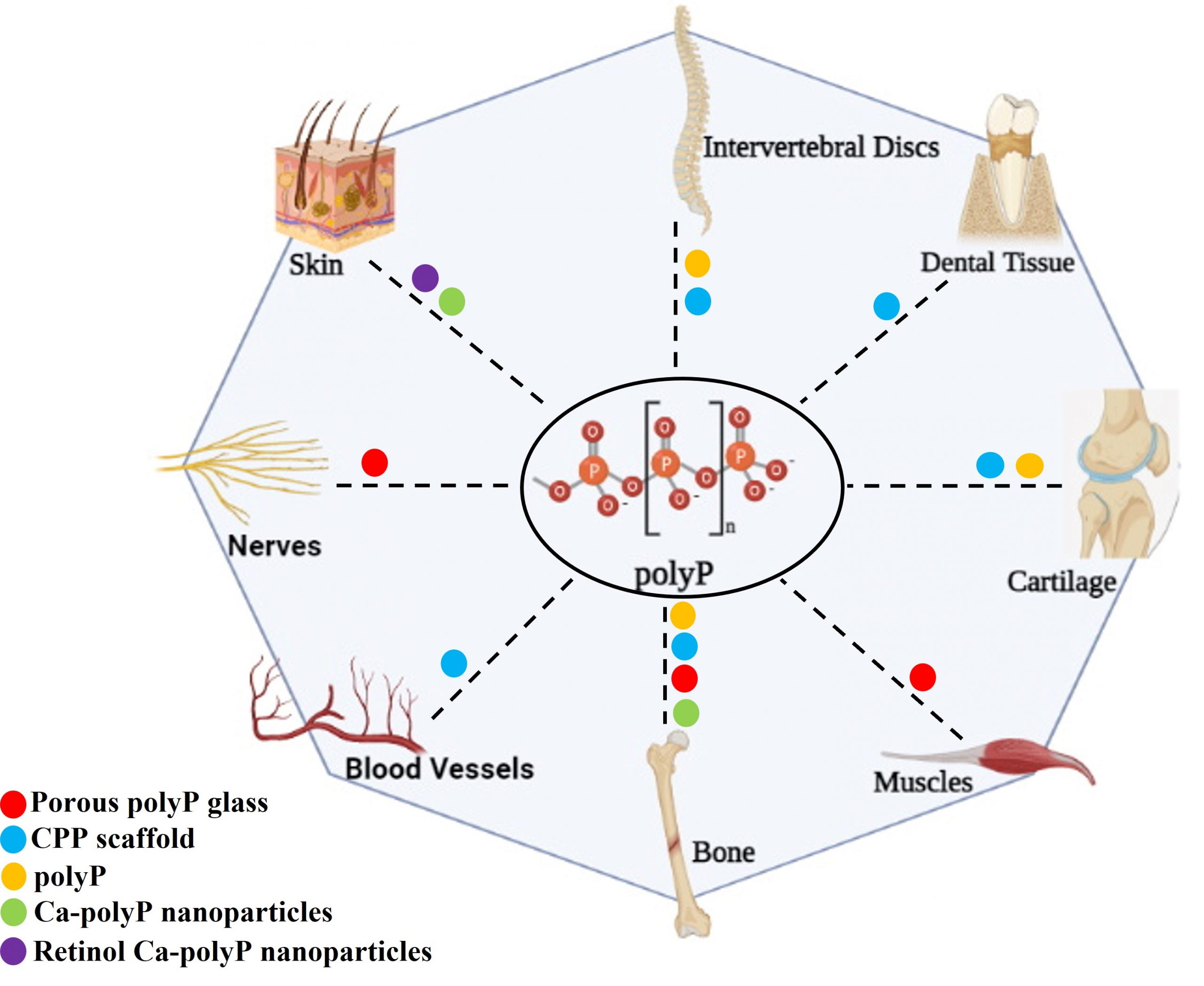 The mechanism of action of polyP is cell type and chain length dependent. For musculoskeletal tissue engineering applications, exogenously administered commercially synthesized polyP has previously had the maximal anabolic effect (accumulation of extracellular matrix) on cartilage cells at a chain length polyP-45 (45 orthophosphate units) at a concentration of 1mM [47, 63]. In contrast, in intervertebral disc cells (central nucleus pulposus and peripheral annulus fibrosus cells), the maximal anabolic effect was observed at polyP-22 and polyP-45 at 1mM concentration [55, 56]. For further development of polyP as a bioactive therapeutic agent, the mechanism of action of polyP involved in these anabolic effects needs to be elucidated. The mechanism of action of polyP is highly cell-type specific, such as through modulating mTOR pathway in cancer cells [41, 64], through the activation of mitochondrial permeability transition pore (mPTP) [65-68], and the purinergic pathway in HUVEC cells and neurons [69, 70]. Despite the advances made in the polyP field, the mechanism of action of polyP in cells of the musculoskeletal system has never been elucidated. Recent works by Gawri et al. [44, 71] showed polyP to cause calcium fluxes, increase intracellular calcium levels, and activate the PKC/Calmodulin/CREB/Sox9 pathway in articular cartilage cells. Voltage-gated calcium channels partially mediate this calcium entry into the cells, and the anabolic effect is partially blocked by specific channel inhibitors and intracellular calcium sponge BAPTA-AM. polyP follows the calcium fluxed inside the cells to its intracellular storage locations and to the mitochondria to prevent excessive calcium-mediated cell death. polyP then translocates to the nucleus and modulates gene expression; thus, polyP has multifaceted functions in cartilage cells [44, 71].

In collaboration with Dr. Xavier Banquy (Université de Montréal) and Dr. Paul Martineau (McGill University), we are currently exploring the role of polyP in fracture healing and its regulation of immune cell homing to the fracture site for developing applications for accelerated fracture repair. polyP is released at the fracture site by degranulating platelets sequestered at the fracture injury site to arrest bleeding and maintain homeostasis (white clot). This released polyP can act as a damage-associated-molecular-pattern (DAMP) antigenic trigger that can attract more immune cells to the site of bone injury and enhance repair response. Additionally, we have shown polyP to cause fluxes in RBL-2H3 cells (mast cell analogs), thus providing preliminary evidence that polyP can increase intracellular calcium in these cells and cause calcium-mediated degranulation and release of pro-osteogenic growth factors. In addition, we are formulating polyP-releasing smart thermoresponsive hydrogels, which, implanted at the fracture site, will release polyP in specific concentration and chain length. Per design of formulation, we aim that after the initial inflammatory phase of fracture healing (days 1-5), the polyP in the hydrogel will be exhausted by cleavage by TNAP, and the hydrogel will then act as a bioscaffold for the cells to migrate and the fracture callus to develop and mature to newly laid down bone tissue and remodel. This directed homing of immune cells at the fracture site is aimed to induce an accelerated fracture healing response.

In conclusion, polyP is an exciting class of bioactive molecules with immense potential for use in tissue engineering applications. Though promising, the usage of polyP needs further refinement owing to the multifaceted roles and functions it can exert on different cell types.