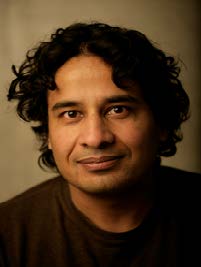 Dr Sidhu is a Professor in the Donnelly Centre for Cellular and Biomolecular Research at the University of Toronto since 2008, after ten years as Principal Investigator in the Department of Protein Engineering at Genentech. There, he led the development of phage-displayed synthetic antibody libraries, that he further exploited as part of his research program at the Donnelly Centre. In fact, Dr. Sidhu’s research is primarily focused on structure-based and combinatorial protein engineering, with the overarching goal of crafting better anti-cancer therapies. He has a wealth of experience in commercial antibody discovery and he is the founder of both the Toronto Recombinant Antibody Centre (TRAC) and the Centre for Commercialization of Antibodies and Biologics (CCAB). He has published more than 200 scientific papers and is a co-inventor on more than 50 patents granted or filed with the US patent office. Dr. Sidhu was the recipient of the 2015 Christian B. Anfinsen Award of the Protein Society for significant technological achievements in protein research.