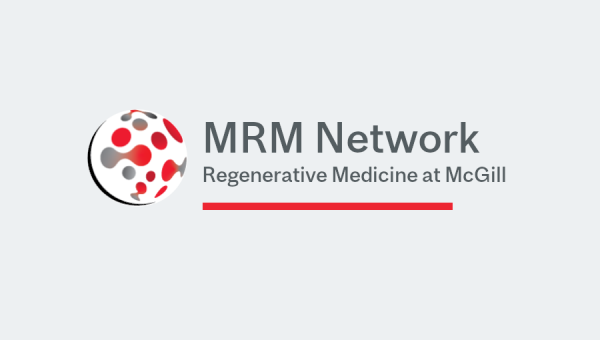 MRM Insights: News from the front – opportunities and challenges for the MRM 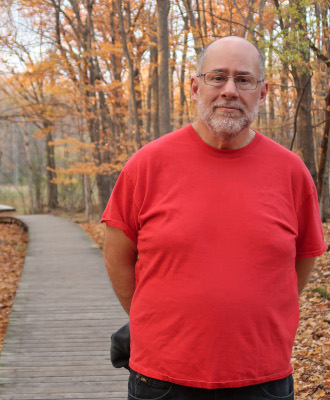 Every month, in MRM Insights, a member of the MRM Network is writing about stem cells and regenerative medicine from a different perspective. This month, Terry Hébert, Professor and Graduate Program Director in the Department of Pharmacology and Therapeutics, Assistant Dean of Biomedical Science Education and Director of the MRM Network, gives us an update on current opportunities and challenges for the MRM.

News from the front – opportunities and challenges for the MRM

The McGill Regenerative Medicine (MRM) Network’s mission is to nurture both fundamental and clinical regenerative medicine programs here at McGill and strengthen such efforts beyond the broader McGill community. The network now has more than 130 principal investigators and almost 400 active members, with broad expertise ranging from embryonic, iPSC and adult stem cells and organoids, developmental biology, disease models, cell-based, small molecule, and biological therapeutics to tissue bioengineering, while deeply considering the ethical implications related to regenerative medicine. I know you know this, but sometimes I like to reflect on the scale of our activities!

The MRM is committed to promoting the impact of our clinical and research network. We provide seed funding for research projects using McGill University core facilities for our investigators and for collaborations within and outside the university. Since November 2015, the Scientific Programming Committee has promoted knowledge exchange in the McGill Community through several scientific venues.

One of our main goals is to synergize basic research and its translation into novel technologies and regenerative medicine. Toward this end, we believe it is crucial that the MRM support discoveries by our researchers by facilitating the use of the numerous excellent platforms built across McGill University as research cores. Thus, the MRM established funds to support pilot projects using these MRM-affiliated core facilities.

With the MRM Internal Funding, the MRM Network sponsors two competitions each year to provide seed funding for three to five dedicated research projects involving the use of one of the research cores at McGill. This year, MRM further decided to encourage collaboration between its members, and we added additional funding for collaborative applications where two MRM Principal Investigators can apply for funding together. These projects will be funded for up to $10,000. We also continued our single-funded projects and made postdoctoral fellows eligible for this as well. We feel that this serves two important purposes- it helps MRM members by providing seed funding for critical projects and it provides a source of revenue and support for research cores, many of whom struggle when CFI funds end with no readily available additional support programs to maintain such critical resources here at McGill. We would actively encourage other centers and units at McGill to adopt similar programs. We need to help each other thrive in this era of reduced government funding for research.

We have strengthened links with the ThéCell Network, the FRQS Thematic Network for research in cell, tissue, and gene therapy, welcoming its new director, Dr. Jean-Sébastien Delisle into his new role and discussing how we can interact more meaningfully together to shape the local, provincial, and national regenerative medicine agendas. We are helping ThéCell renew its status as a research network funded by the FRQS and further, we have joined forces to create a regenerative medicine hub in Québec, under the auspices of the Stem Cell Network’s “Lift Off” program, seeking support from the Strategic Science Fund.

Each year, we organize the MRM Annual Symposium, invitations to local, national, and international guest speakers to our “MRM Talks” seminar series, and the development of several training workshops in collaboration with affiliated core facilities, industry partners, the MRM Education Committee locally, with ThéCell provincially and the Stem Cell Network nationally. In the next year, we hope to include patient voices in these events as a way to connect our work with the people who will one day benefit.

Giving agency to our student members

One of the most important things we did this past year was to create a trainee committee. This was done with the express mission to empower students and trainees within the MRM to think about what was important to them and to then be able to do something to achieve those goals. The head of the trainee committee, Ms. Molly Shen, has a seat on the Executive Committee of the MRM, with an equal vote. We hope that our students will change the world one day, we shouldn’t get in the way of that happening.

See here to learn more about the MRM Trainee Committee.

In addition to our research activities, we have several educational programs geared toward clinical translation of discovery-based research in regenerative medicine. We have a Graduate Certificate in Regenerative Medicine which is now transitioning to an MSc option in Experimental Medicine. Our support for students also includes the development of a Master’s in Biomedical Engineering with a concentration in Biomanufacturing that will start in Fall 2022 with internships at the NRC or industry partner facilities. We are also central to a new Graduate Certificate in Translational Biomedical Science Research, run out of the Department of Pharmacology and Therapeutics, which will start in Winter 2023 (see here).

You have no doubt seen these things before, but I just wanted to remind you about some of our successes. MRM members are at the forefront of regenerative medicine and its application to real-world problems.

A troubling future for tri-council funding?

Despite all the good news above, I worry about the future of our work. I am asking you to consider writing your MP, and the Ministers of Finance (Chrystia Freeland – chrystia.freeland@parl.gc.ca), Health (Jean-Yves Duclos – jean-yves.duclos@parl.gc.ca) and Innovation, Science, and Industry (François-Philippe Champagne – francois-philippe.champagne@parl.gc.ca) to ask them to double the base budget for the open operating grant programs at CIHR (in particular, “Project Program” grants). This would alleviate the stress on a substantial number of researchers and foster critical research for the problems we face in Canada and beyond. Funding programs, and CIHR, currently require significant revamping due to neglect and poor decisions over the past decade and a half. Federal support of research is of immense importance to Canada and Canadians and represents the way which we attract the best minds to address our health and increase our knowledge. Other issues worth considering include:

1) The imbalance between funding for infrastructure/recruitment compared to funding for operating expenses.

The stated goal of both federal and provincial governments is to create a knowledge-based society. Toward that end, the federal government funds initiatives to recruit and retain the best scientists and academics through programs such as the Canada Research Chairs (CRC), the Canada Excellence Research Chairs (CERC), and the Canada Foundation for Innovation (CFI). The CRC program stands at the center of a national strategy to make Canada one of the world’s top countries in research and development, investing $300 million per year to attract and retain the world’s most accomplished and promising minds. The CERC Program awards world-class researchers up to $10 million over seven years to establish ambitious research programs at Canadian universities. The infrastructure funded by the CFI includes state-of-the-art equipment, laboratories, databases, specimens, scientific collections, computer hardware and software, communications linkages, and buildings necessary to conduct leading-edge research.

After researchers are recruited and their labs are built, renovated, or refurbished, and their equipment is purchased, they need to go about doing the business of science. This involves hiring and training staff (research assistants, technicians, postdoctoral fellows, and students) and purchasing chemicals, glassware, tools, and services. These activities are funded by the Canadian Institutes of Health Research (CIHR), the Natural Sciences and Engineering Research Council (NSERC), and the Social Sciences and Humanities Research Council (SSHRC). In contrast to the newer funding programs mentioned above, funding for CIHR, NSERC, and SSHRC has not increased to keep pace with the growing number of researchers and their state-of-the-art laboratories. Without balance between these two types of funding programs, research in Canada remains significantly underfunded-like a race car without fuel or a new home without electricity or running water.

CFI prefers to fund new equipment and not replacements for core equipment. This growing disparity between funding for laboratory creation and laboratory operation must be addressed. Otherwise, we run the real and serious of risk losing the talent so many resources were used to recruit, leaving their labs empty and their equipment unused.

2) The lack of indirect funding from CIHR

When companies fund research at universities through contracts, they usually pay both the direct costs (i.e., those associated with the actual conduct of the research itself), as well as the indirect costs associated with that research. Indirect costs are often referred to as F&A or facilities and administration. Thus, they include the costs of running and maintaining research spaces (e.g., heat, electricity, cleaning) as well as the costs associated with the administration of research funds (e.g., financial management, compliance with federal guidelines on animal use, biohazards, radioactivity, etc.). Indirect costs also provide funds for core services such as libraries and online resources (e.g., journals and databases). Industry funding of indirect costs is 40% of the total value of the direct costs. So, for every $100K of direct costs, industry pays an additional $40K for F&A. This is on the low end of the spectrum and assumes that any intellectual property generated will be shared between the university and the corporate sponsor of the research. If the companies plan to keep the IP, the indirect costs paid usually increase significantly. In the USA, the NIH (equivalent to CIHR in Canada) pays varying rates depending on the institution of the indirect costs associated with research; these rates are in the 55-70% range. For example, at the University of Michigan, the rate is 56%, at Johns Hopkins University it is 63.75% and at Harvard, it is 69%. At CIHR, NSERC, and SSHRC, it is only 20%.

Indirect costs allow universities to physically sustain research activities that are not funded by the education ministries in different Canadian provinces. This is not sustainable, as more and more researchers are recruited, and research space grows. Combined with a similar deficit in provincial funding for educational spaces, the problem will become critical in a very short time and will lead to a serious degradation in our ability to train students and retain strong academic personnel.

Sigh. To end on a more hopeful note, I have never been more excited about my own work, the work of my students, postdoctoral fellows and research staff and the work of my colleagues. It really is the most amazing time to be a biomedical researcher. As the Director of the MRM, I am awed by the work happening around me. The possibilities for MRM discoveries and their translation have never been larger. We just need to work together!